Europe is the birthplace of stainless steel tableware in the world, and it is a global leader in the development, design and manufacturing of stainless steel tableware. At present, the world’s well-known tableware brands are mainly concentrated in developed countries such as Italy, France, the United States, and Germany. Villeroy & Boch from Germany is the well-known ceramic tableware brand in the world; Corning is the world-renowned brand in glass tableware; and Royal Dalton is the world-renowned brand in bone china tableware. The tableware brands produced by developed countries in Europe and the United States have higher added value. The tableware industry in emerging markets is developing rapidly, and there is still much room for improvement in the international competitiveness of the tableware industry.

The top ten stainless steel pot producers in the world include the following:

This German porcelain brand with a history of more than 300 years began in 1710 and has always been beloved. During the European Enlightenment, it was a symbol of royal wealth and status. Meissen is known for its unparalleled quality. Although the production process is extremely complicated, it always insists on pure hand-made production, which makes Meissen porcelain full of noble and elegant style, and has the reputation of “the NO.1 porcelain in Europe”. The paintings and designers of Meissen porcelain have integrated the popular elements of various eras, so all the porcelains together are 300 years of European art history. The two staggered blue swords on the base of the tableware are also a unique symbol of a century-old classic of Meissen. The porcelain with this logo can easily cost hundreds of euros even if it is an ordinary white porcelain plate, which is enough to show its noble status.

Hermes is one of the successful cases of the cross-border development of fashion brands. This is a trend and an innovation. Hermès has produced harnesses and leather since its founding in Paris in 1837. Clothing, perfumes, watches, jewelry, porcelain and other products have become the representatives of the entire luxury industry. In recent years, the Hermès style has swept the tableware industry. Its strict quality control makes every product have first-class craftsmanship. Hermès porcelain production is also unambiguous, fresh and refined tableware design WITH elegant and generous unique taste. People can’t help sighing that dining can be a luxury! Hermès, which is chasing fashion, is not only a symbol of the trend, but also a classic representative that will never go out of style.

The Royal Doulton was founded in 1815 and was authorized by Edward VII as the royal tableware, which made the term Royal Doulton synonymous with the top porcelain in the United Kingdom The brand is loved by the upper class and is world-renowned. Among many Western-style porcelain, Royal Doulton is the only brand dedicated to the development of Chinese-style tableware, so it is also very popular among Chinese consumers. Doulton tableware often has the British lion logo of the crown, the inlaid gold edge and the fresh and elegant white chassis, which are noble and elegant, with extraordinary temperament.

Versace, a well-known Italian luxury brand, not only produces furniture products, but also sells a series of luxury goods such as clothing, perfume, glasses, ties, china, glassware, silk scarves, etc. The cross-border development of fashion brands has become a trend. The main service objects of the Versace brand are royalty and big stars. Its exquisite and luxurious design is always beautiful and breathtaking. Versace moved his love for classical Greek patterns to tableware, so a pair of ingenious hand-painted sets of tableware is reluctant to touch. Versace continues the sexy and luxurious beauty of clothing design, making the Versace tableware placed on the dining table more like a proud princess in the royal family, elegant, dazzling, and exudes inviolable beauty.

Founded in 1853, WMF (Wurttembergische Metallwaren Fabrik AG) is the representative of high-end German tableware, and it is the best choice for customers who are pursuing taste. WMF has always been committed to creating a happy dining experience, which makes innovation and fashion as important criteria for its design. Excellent quality, coupled with industrialized flavor, makes WMF unique, attracting consumers from all over the world. It is the first choice for most five-star hotels, high-end restaurants, luxury cruise ships, etc. in the world.

Regarded as the father of English ceramics, Josiah Wedgwood founded Wedgwood in 1759, and in 1765 it was chosen by the royal family as the Queen’s Ware. Wedgwood is also known as the most exquisite porcelain in the world, which is synonymous with taste. Each Wedgwood utensil is painted with British scenery of different eras, and the exquisite fine brushwork makes the whole tableware an authentic artwork. When the British served as an envoy abroad to China, they also presented Wedgwood porcelain as a gift to Emperor Qianlong. In China, an ordinary Wedgwood porcelain bowl sells for thousands of yuan.

Narumi has been a famous ceramic mecca since ancient times, but it was not officially established in Nagoya, Japan until 1911. After World War II, the Japanese who pursued an exquisite life instantly lived a life of displacement and starvation, and even family reunion for a simple meal became a luxury. So Narumi at that time carried the concept of Chinese people’s pursuit of a perfect table culture, and with his exquisite traditional craftsmanship, he began to develop exquisite bone china tableware, in order to see the family reunion and happiness at the table as soon as possible. This original intention of creating happiness has survived for centuries, and has even been passed down perfectly. Narumi tableware style is both gorgeous and romantic in Western style and adhering to the delicate style of Japanese tableware, which is favored by high-quality people and many five-star hotels around the world.

In the early 1980s, Cutipol was still producing traditional pattern tableware, until José Joaquim Ribeiro, the third-generation successor, took over the design and carried out a bold innovation. On the basis of Portugal’s traditional tableware process, he selected higher-quality raw materials, incorporated more fashion elements, and used a new ergonomic shape to set a Design theme: “smooth shape, simple lines and thick materials”.

Since its establishment in 1759, Wedgwood has become a symbol of traditional British ceramic art. Its status has been close to the level of national heritage. As a national treasure brand, it has always been the supplier of royal porcelain for the British royal family.

Royal Doulton was founded in 1815. In 1887, Henry Doulton, son of its founder John Doulton, was awarded a knighthood by Queen Victoria, becoming the first potter in the UK to be knighted. In 1901, it was authorized by Edward VII as the royal tableware, and later it was also favored by Princess Diana.

To sum up, in addition to the above famous kitchen utensil manufacturers, a large number of

Changwen Kitchenware is an enterprise with a history of more than 20 years, producing various stainless steel pot sets, frying pans, soup pots, milk pots and so on. It has successively obtained international recognitions such as BSCI, FDA, and LFGB. It can produce 700,000 pieces of cookware and 1,300,000 pieces of tableware per month and export to countries and regions around the world.

For more about top 10 stainless steel cookware manufacturers in the word, you can pay a visit to CHANGWEN COOKWAE China at https://www.cookwarecw.com/about-us.html for more info. 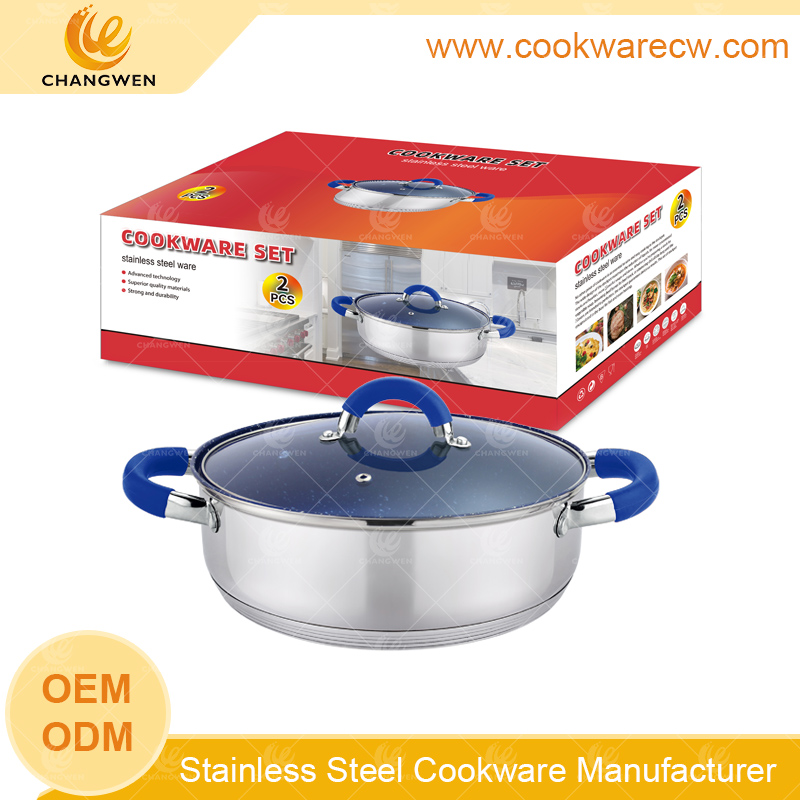 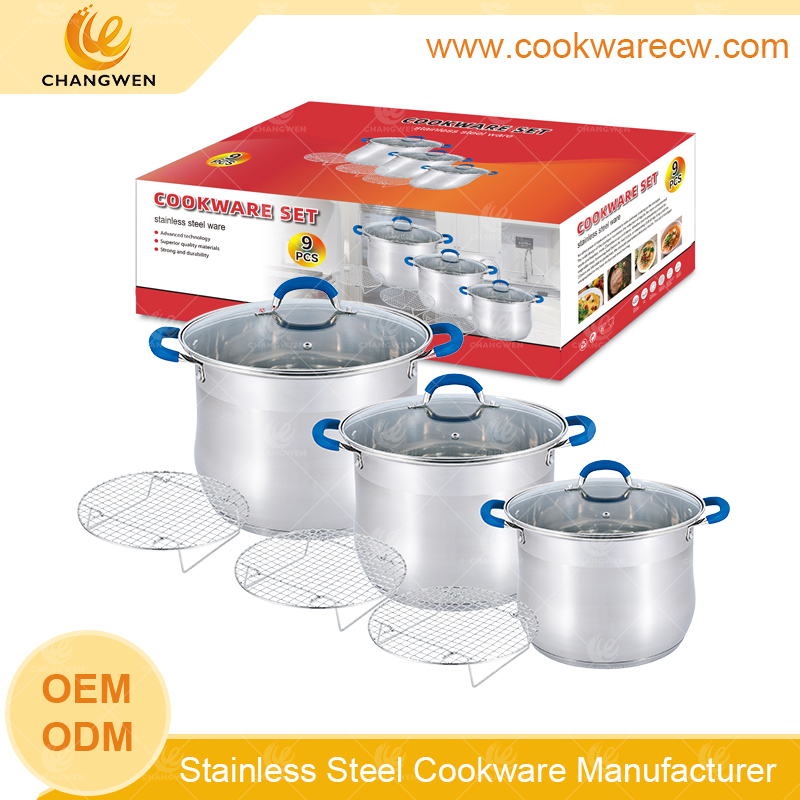 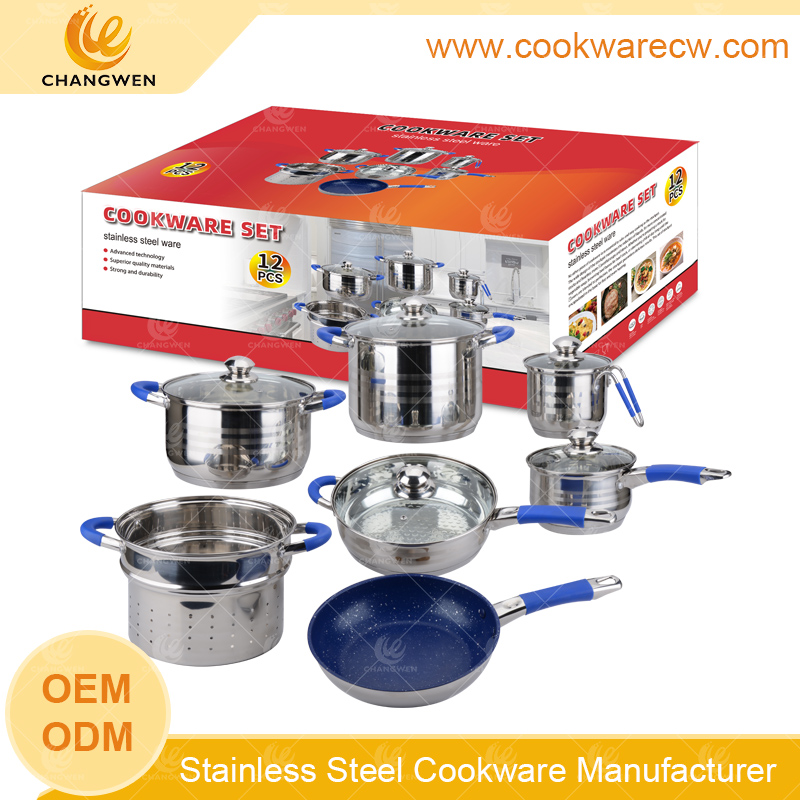 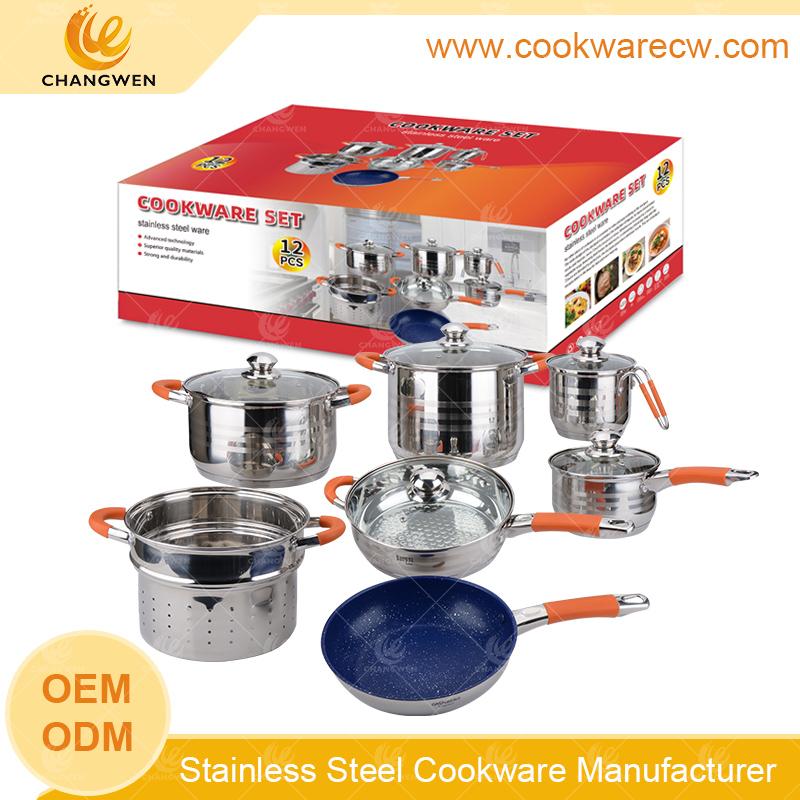 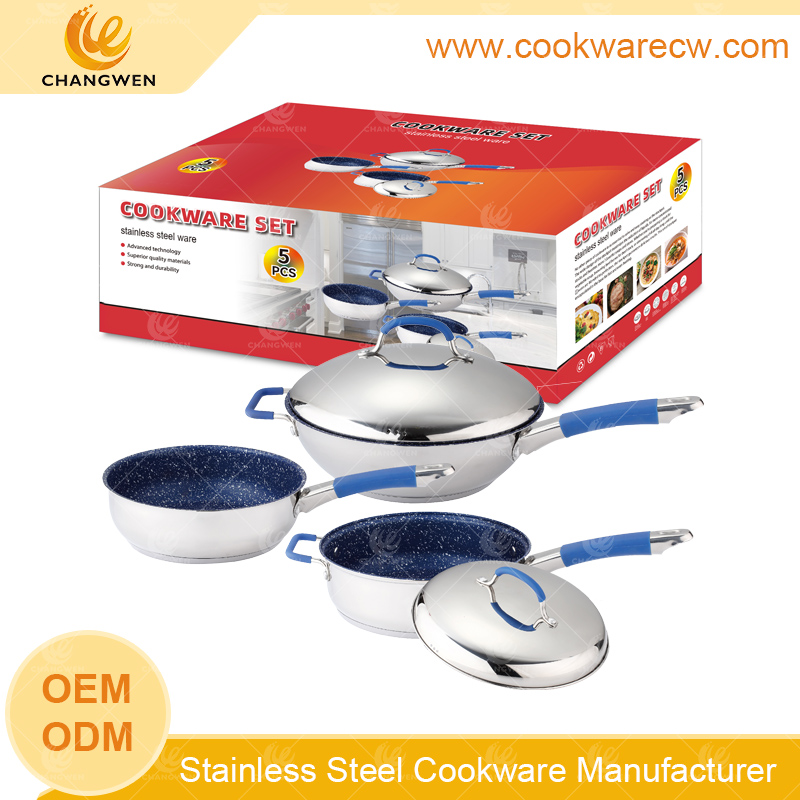 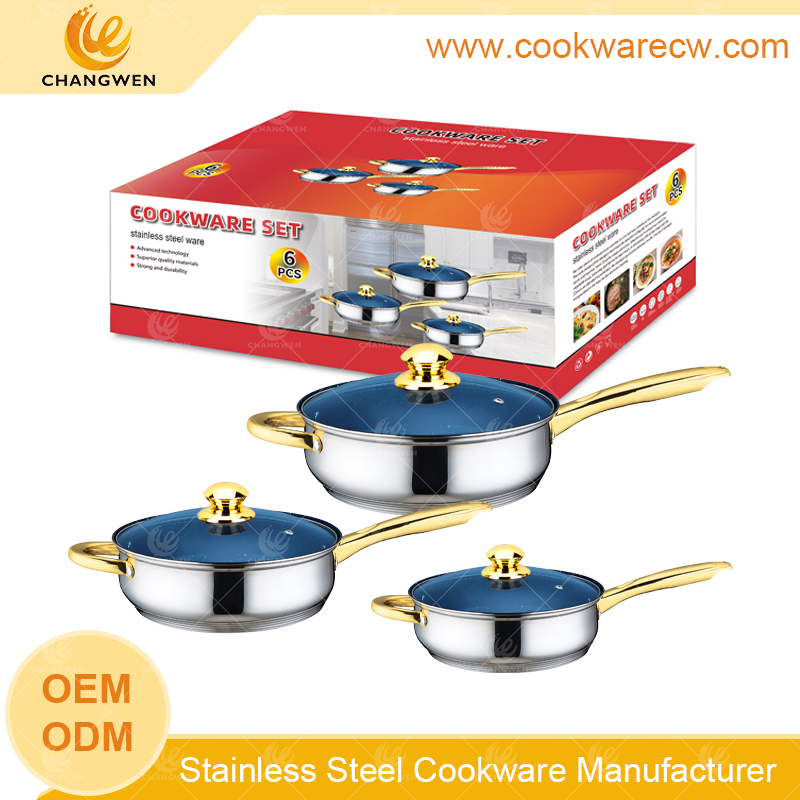